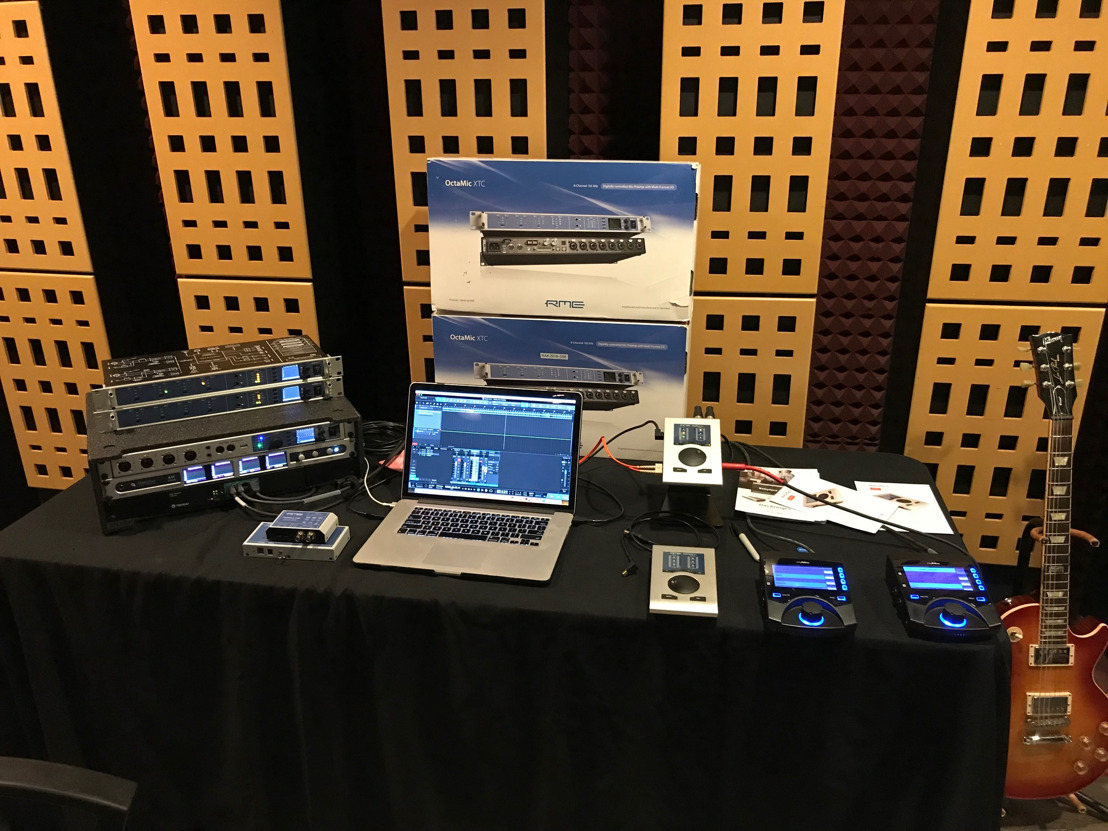 Hosted throughout the year at various cities across the U.S. — including San Francisco, Miami and Boston — this year's Music Expo Nashville featured a full day of workshops covering everything from songwriting, to recording, mixing and mastering, as well as inspiring business discussions covering artist branding and promotion, plus an exhibition of the latest music technology by top suppliers in the industry.

"Music Expo Nashville was a big success," Badala said, following the show. "Home recording is huge in Nashville and RME offers a variety of solutions including our best-selling Babyface Pro and the new ADI-2 DAC. During the Expo, we spoke to about 300 local and independent composers, producers, writers and engineers who were interested in hearing how they can improve their recording game."

RME took part in the technology exhibition, which ran throughout the day during from 10 a.m. to 6 p.m. At the booth, RME’s Badala spoke with attendees from wide range of backgrounds within the music industry who were interested in RME gear. Meeting with approximately 300 attendees during the exhibition, Badala discussed several topics at the booth, including streamlining and elevating your studio with RME audio networking solutions, as well as getting the most from an audio interface while recording, over dubbing, editing and mixing.

RME also featured several focused discussions at the booth throughout the day regarding its equipment, including a talk on how to use the ADI-2 DAC as an interface for mastering audio, or as a headphone preamp. Badala discussed key features of the easily expandable, digitally remote-controlled Octamic XTC, including the preamp's built-in queue system. In addition, Badala gave demonstrations at the booth on how to expand recording studios using MADI.

Included among this year's workshops at Music Expo Nashville was a drum recording tutorial instructed by Grammy-nominated producer, engineer and bassist Matt Leigh — an instructor at Nashville's SAE Institute, as well as Head Audio Engineer at The Tracking Room, a Nashville recording studio. During the session, Leigh taught the class of exhibitor "students" about the current technologies available for recording drums, drum-miking, and workflow management, among other topics.